Get better with a revolving summerhouse 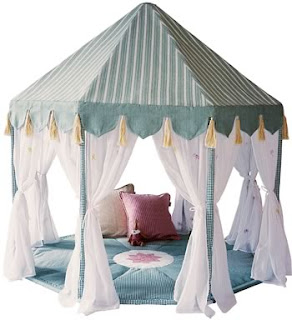 Summerhouses are marvellous places for a little light shedworking and The Times has a great piece by Katrina Burroughs on their history, from the estate-built buildings of the 19th century and into the 20th century when the likes of Henry & Julius Caesar and Boulton & Paul were the kings of the summerhouse industry (today one of their models could set you back up to £10,000). Burroughs writes:

"In the 1920s, Boulton & Paul, another Norwich firm, began making revolving summerhouses, designed to turn to catch the sun as it moved overhead. These soon became the must-have shelter for the smart garden. Based on Alpine chalets in Swiss tuberculosis sanitoriums, with large windows and paintwork in seaside hues, these “sunshine rooms” are still the model for many designs."

For more on this medicinal history of summerhouses, there's a splendid article, What Tuberculosis did for Modernism: The Influence of a Curative Environment on Modernist Design and Architecture by Margaret Campbell which you can read here.

Like the sturdier garden office, there is a huge range out there and indeed some garden office suppliers also offer summerhouse models. Among those namechecked are some familiar usual suspects (Crane, Lugarde, Garden Affairs, Scotts of Thrapston, Homebase) but also some other specialists including:
* Tina Pasco
* Underwoodsman
* Source
* Winchcombe Reclamation
* The Designer Box

In fact it's a lovely summerhouse available from Designer Box which illustrates this post, the octagonal Garden Pavilion with Quilt by Win Green. It's made entirely from cotton over a light aluminium frame with detachable cotton voile curtains embroidered with dragonflies. It comes with matching appliquéd floor quilt with pastel green gingham strips and appliquéd centre flower detail. Naturally, it packs away nicely in its own storage bag. And it's machine washable. £290 with a diameter of 160cm and height of 157cm. Go on, treat yourself. It can't rain forever.
Posted by Alex Johnson at 11:18 PM