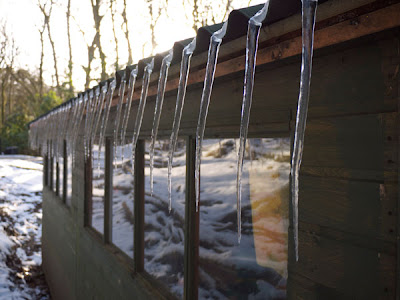 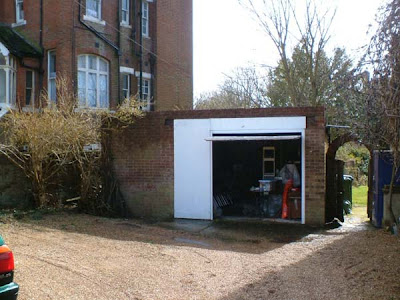 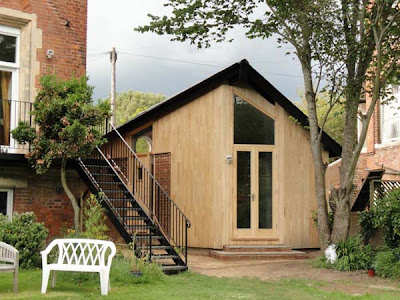 A great post at Tiny House Blog by Benjamin Vine gives the rundown on The Stannexe (studio+annexe), a garage conversion in Hastings to be used as an artist's workspace with accommodation, designed by rpd architects. Here's a snippet:


"Externally the new elements of the building are timber framed with efficient locally sourced Sweet Chestnut cladding, the roof finish is reclaimed slate and the doors/windows were all manufactured locally. Internally, the Stannexe has a kitchen, large double height studio/living space, a fully tiled wet room, a separate unheated storage space with mezzanine storage/sleeping platform above. Due to the building’s large south facing windows and high thermal efficiency with modern under floor heating it requires minimal energy to heat and light."

1 in 10 planning to build a shed this Easter


According to Nationwide Building Society nearly half of Brits are planning to spend at least some time this Easter doing DIY. And while 52% are painting/decorating and nearly four in ten are landscaping the garden or doing something to the fence, lawn or patio, a big 9% (ok, nearly 1 in 10) say they'll be putting up a shed or outhouse.


Two sets of beach huts to be located at East Beach, Shoeburyness, Southend on Sea...  The walls are to incorporate recycled timber pallets bolted into timber frames and faced with tough translucent plastic sheeting to the outside with plywood to the inner face. The panels will be bolted into place on site and then walls then infilled with pebbles, gravel, glass chippings, shells and other recycled materials laid in drift layers visible through the plastic. The result will be walls that each differ from one another while utilising the materials indigenous to the beach. The prefabricated roofs are to be planted with sea hardened sedum.

Sunday posts are sponsored by Garden Spaces, suppliers of contemporary garden buildings, offices, gyms and studios, many of which do not require planning
Posted by Alex Johnson at 1:46 PM 1 comments 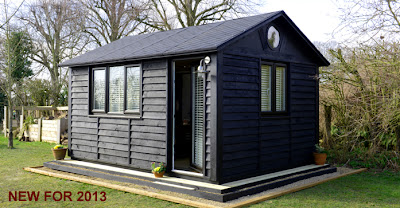 Smart Garden Offices is debuting a new range next week called The Suffolk Barn which they call "a unique blend of traditional architecture coupled with high specification construction", available in five different sizes and using the ISIS building system. We also rather like the look of their new Book Nook in their fitted furniture offerings. 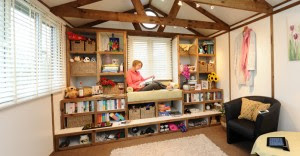 The sound of Walden 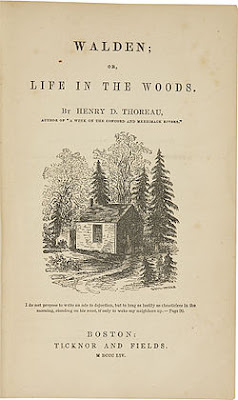 In an excellent piece about using your ears as well as your eyes when you're on holiday, David Hendy in The Independent talks about making a trip to the Walden location in Massachusetts of Godfather of shedworking, Henry David Thoreau. Here's a snippet"

I went to this famous literary haunt fully expecting to find a natural soundscape now ravaged by the din of modernity. It turned out to be the best moment in our entire recording schedule. On a misty January Sunday morning, and within a 30-minute drive from Boston, Thoreau's Walden came to life before my ears. Ice creaking as it formed by the shoreline, the low hum of pine needles swaying in the breeze, and, just as Thoreau had promised, the faint rattle of a train tearing through distant woods – an intimation in sound of the Machine Age.

The sounds were pretty subtle. Perhaps I wouldn't have noticed them at all if I hadn't been at Walden Pond especially to listen. But they connected me with Thoreau and his age at a deep emotional level. Catching them, I also understood for the first time that every place on Earth really does still have its unique "sound mark". It's a fragile thing, though. And in a globalised world, we should cherish it while we can.

Wednesday posts are sponsored by The Stable Company®, the UK's premier supplier of garden offices and garden rooms. Click here
Posted by Alex Johnson at 9:37 AM 0 comments 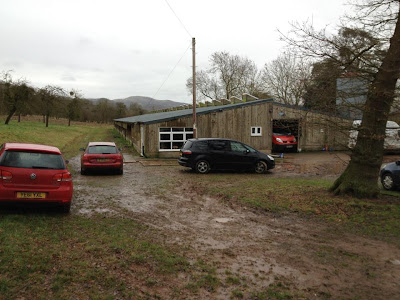 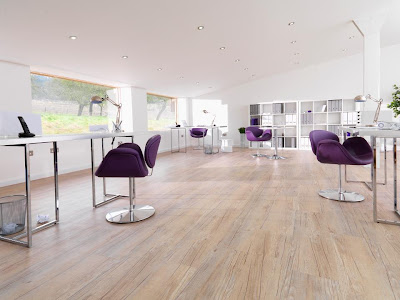 "My wife and I work from home," writes Richard Williams of Eco Bods.  "Once we got more business than the back bedroom could handle we rented an office but then realised we had a chicken shed at the bottom of the garden. Not any old shed but a huge one that I inherited. When I proposed to my wife Swarni she said "Yes but..." - the but was I could not kill animals as part of my income. 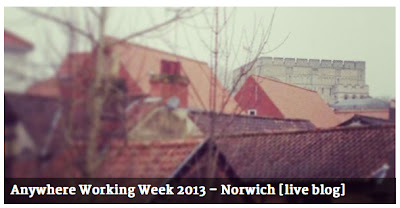 Today is the start of Anywhere Working Week 2013 organised by the fine folk at Anywhere Working to encourage people to try out shedworking, homeworking and any other kind of remote working you can name. There are events in Norwich today, Bristol tomorrow, Tavistock on Wednesday, Chelmsford on Thursday and London on Friday, all of which they'll be live blogging and tweeting. 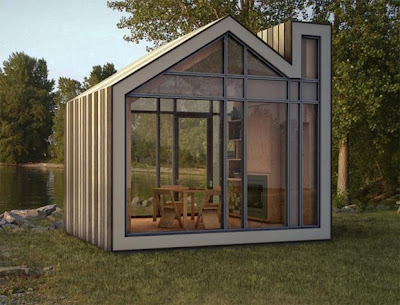 The Bunkie is a collaborative effort between industrial design firm 608 Design and architectural design firm BLDG Workshop. It involves "reduced impact materials and adopting CNC detailing from furniture manufacturing for use in pre-fab construction". 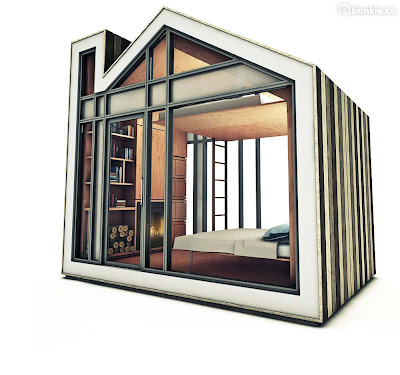 Sunday posts are sponsored by Garden Spaces, suppliers of contemporary garden buildings, offices, gyms and studios, many of which do not require planning
Posted by Alex Johnson at 11:08 AM 2 comments

Sheds and the Pope 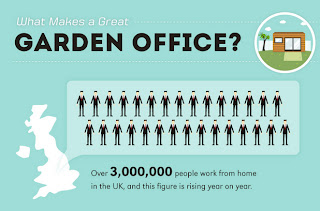 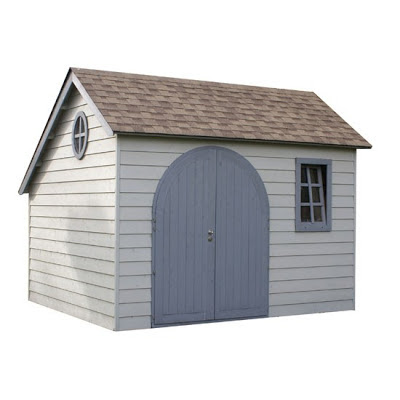 Soham's 'flying shed' - be careful out there

The cabin that could sleep a small football team 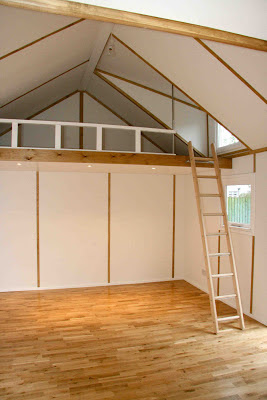 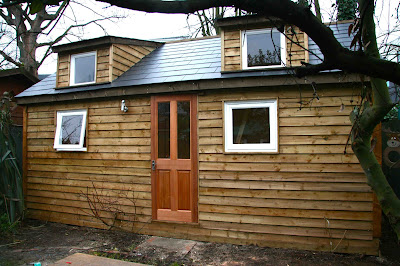 Mark Burton of custombuiltsurrey.com and Tinyhouseuk.co.uk was contacted by a client in Teddington for some ideas about building a cabin that could provide as much space as possible. They needed a garden building at the end of their garden to block out the offices backing on to them and a play room/retreat for four children.

Garden Spaces has much larger stand this year at Grand Designs Live  (May 4-12) at ExCel London Docklands and their theme this year is all about the connection between inside and usable outside space, featuring a studio build using their cantilevered pillar less corners to help open up the room to the outside world.

"We have also designed a range of ‘Bolt On’ undercover areas that seamlessly attach to our studio buildings," says Roger Hedges from Garden Spaces. "These structures have light wells so they are always dry, light and bright, but not fully exposed to the elements. We may even add retractable screens to enhance the effect. These ‘Bolt Ons’ can be added on installation or even retrofitted to an existing structure. 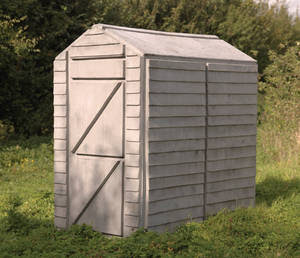 Arguably the UK's most famous sculptor, Rachel Whiteread’s new show 'Detached' at the Gagosian gallery opening next month follows a familiar pattern, but while she largely made her name 20 years ago by making a full scale cast of the inside of a house, this exhibition will feature casts of empty sheds (including 'Untitled 2012' above) which, according to Ben Luke in the Royal Academy magazine, "radiate everyday poetry".

Here's what he says: "Inspiration came from a boathouse she cast in Gran, Norway, in 2010. Whiteread said she ‘wanted to make a shy sculpture... that would stand there, peaceful and noble.’ Her subsequent series of cast sheds are uncanny sculptures, revealing her trademark balance of minimalist rigour and gentle domestic poeticism."

Interestingly, Whiteread has a dedicated drawing studio which is detached from her sculpture studio. 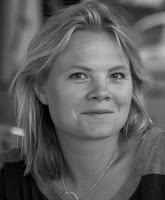 One of the trickiest things about shedworking is making sure that the garden office doesn't stick out like a sore thumb in the garden (unless you want it to stick out like a sore thumb of course). An interesting post on the Gembuild site includes an interview with RHS Gold medalist Melissa Jolly (left) who talks about what to think about when siting a garden office. It's well worth a read as it covers issues such as having the building on show or keeping it hidden, aspect, access comfort and views. Here's a snippet, Melissa talking about security:

"Something else important is to be aware of security because offices and music rooms will contain expensive equipment and could be an easy target for burglars. To address this, think of installing a PIR light, which will go on if anyone approaches the building, or of placing the building so it can’t be seen from outside the property." 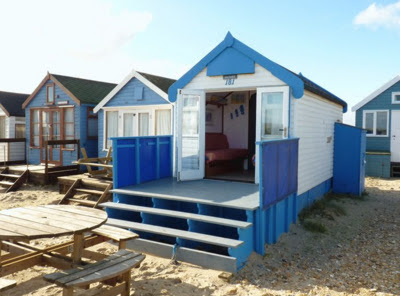 Denisons has a couple of nice - if pricey - beach huts on sale at Mudeford Sand. The hut pictured above measures 16' x 8 and has fitted bunk beds plus a kind of double bed in the front lounge area. Features include a fridge, sink and drainer, four ring gas hob and oven and internal lighting (powered by solar panel). Nice views to the sand dunes and beach and even to the Isle of Wight. A snip at £136,500. 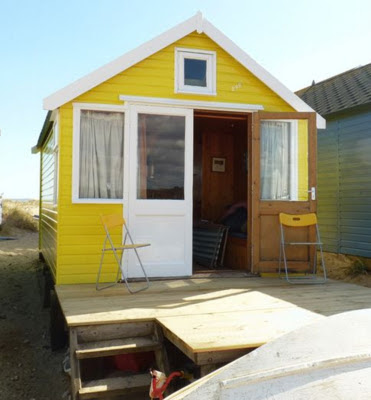 Monday posts are sponsored by garden2office, the Swedish garden office specialists. Click here for more details.
Posted by Alex Johnson at 9:27 AM 3 comments

The delights of shedworking (video)

Plenty of people are experimenting with Twitter's new toy Vine and here's a rather nice one underlining the joys of shedworking
Posted by Alex Johnson at 1:54 PM 0 comments