Fictional sheds - Notes from an exhibition 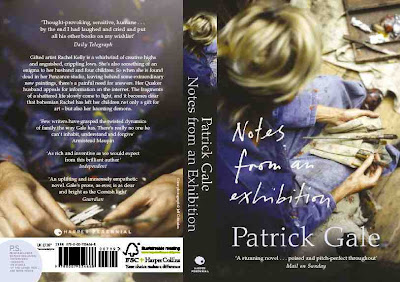 There's no doubt that shed-lit is on the up. There's Pauline Rowson of course, Mark Haddon's recent offering, and now there's also the Richard & Judy pick Notes from an exhibition by Patrick Gale. It's a story of Rachel, a painter, and her Quaker family in Cornwall (that doesn't really do it justice, it's an excellent read) and naturally Rachel has a studio, latterly in an attic, but early on in a converted outbuilding which had once been a laundry and a greenhouse but also a general dumping ground. Here's how it's transformed:

"Jack helped her clear it out and sweep away decades of cobwebs. They spent two days sloshing its walls with whitewash, cleaned the window with vinegar, moved back in the decrepit chaise longue they had been forced to put out for the dustmen and suddenly she had a studio almost better than his purpose-built one on the edge of Newlyn."