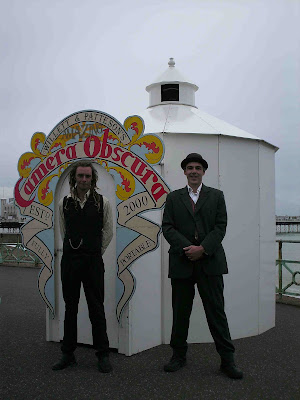 Willett and Patteson's Amazing Camera Obscura is a welcome reminder that shedlike atmospheres can be fun as well as work. Based in Sussex, they tour their camera obscura booth around the country attending pop festivals, street arts festivals, community days and anything they are invited to. Since they started up nine years ago, they have also travelled to Japan and Australia. As well as the model shown, they also build camera obscura, either from scratch or converting existing rooms or buildings.

The sideshow booth can go almost anywhere: it is self supporting, requires no services and just uses the reflected light of the sun to create the images. They can put it up or take it down in about an hour. Below is the booth in action at Stokefest and the good burghers of Stoke Newington in 2008. "Getting out and meeting all those people has to be one of the best parts of our job," says Tony Willett.

You can catch the chaps and their booth on March 7 at a Science and Engineering Day from 10.30am to 4pm on the Highfield Campus at the University of Southampton. This is a free event aimed at children aged between 5 and 12 and their parents. And on March 15 they will be going to Dublin as part of the St Patrick's Day celebrations. 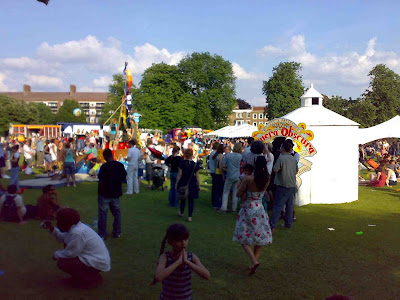