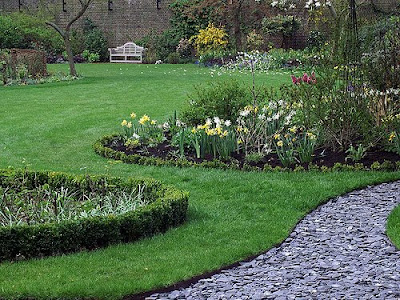 The scandal over MPs' expense claims rumbles on and as you'd expect, the folk in Parliament have been claiming for plenty of sheddish purchases (as noted by Shedblog). As The Times reported:

Cheer up,” said a Labour backbencher to his glum colleague nursing a pint of bitter in a House of Commons bar last week. “You don’t understand,” replied the second MP. “My wife, she doesn’t do budget. It’s the conservatory she ordered.”
The first MP said: “Don’t worry, mate, a lot of us have conservatories.”
The second MP shook his head: “You haven’t seen the size of my conservatory.”

* Hexham MP Peter Atkinson: Expenses included £99.99 for a garden shed plus £21.86 for Homebase tools to erect it (via The Journal).
* Havent MP David Willetts: Parliamentary officials cut more than £1,000 from a bill including £175 for having a dog enclosure built and £750 for a shed base. However, six months later the fees office allowed him to claim £330 plus VAT for the same odd job man to supply and erect a shed (via Daily Telegraph)
* Witney MP David Cameron: Claimed £680 for repairs to his constituency home, included the cost of clearing wisteria and vines from the chimney, replacing outside lights, and resealing the conservatory roof (via The Guardian)
* Bracknell MP Andrew MacKay: Claimed more than £1,500 to pay for re-glazing his conservatory (via The Wokingham Times)
* Birmingham Ladywood MP Clare Short: Hundreds of pounds worth of work to a summer house and conservatory (via Sky News)

There's also this from GlossyNews.com which is scarcely believable...

Monday's posts are sponsored by garden2office, the Swedish garden office specialists.Click here for more details.
Posted by Alex Johnson at 11:33 AM