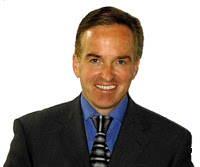 In an interview with The Guardian reported here, Mark Sheahan, the British Library's first inventor in residence, said: "I like to think inventors have moved on from the garden shed. To a degree, we've moved out of the shed and we're now in the office. I'm not sure we like the office, but we're doing it because we have to adapt." We commented that this was a sad state of affairs as shedworking has so much to offer, but Mark is keen to clarify these comments and got in touch with me to set the record straight.

"I have nothing against sheds, or the shedworking ethic," he says. The reason I said ‘I like to think inventors have moved on from the garden shed’ was because the media invariably portray all inventors as nutty professors, working in their garden sheds. They try to find the most eccentric, stereotypical (in their minds) inventors as a mechanism to ridicule them and entertain their audience. This non-constructive negativity annoys the hell out of me as we should nurture and support our inventors. It could be a left brain thing, jealousy or a deflect tactic for non achievers. Whatever the reason, we need, in my opinion, to change the mindset of journalists, so that we are accurately portrayed and perceived correctly by the general public. That is why I said what I said. I hope you can understand my reasoning."

You can read more about Mark and his work here.
Posted by Alex Johnson at 10:58 PM