Anna Ryder Richardson is the new face of FinEstAm 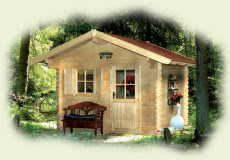 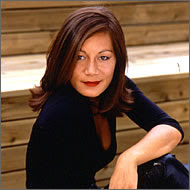 As part of the deal, Anna Ryder Richardson of Changing Rooms fame and more recently ‘I’m A Celebrity…..Get Me Out Of Here!’ will live in a brand new, high-specification log cabin, sited on Anna’s newly purchased zoo in Tenby, West Wales. The zoo will feature in a Channel 4 programme in September about Anna fulfilling her childhood ambition of owning and operating a zoo. The cabin will be also be featured in a planned Hello magazine photo shoot planned later in the year.
Thanks to Uncle Wilco for the alert
Posted by Alex Johnson at 3:58 PM