Shedworking election poll: the results are in...

Many thanks to all of you who voted in the exclusive Shedworking election poll. The votes have all been counted and here are the results: 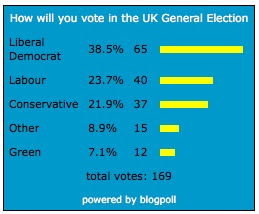 And using the BBC's clever swingometer gadget, if these results were replicated across the country, here's what would happen: 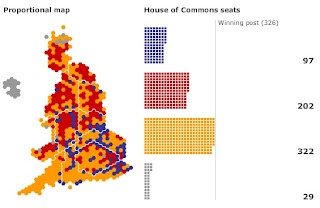 Wednesday posts are sponsored by The Garden Room Company®, the UK's premier supplier of garden offices and garden rooms. Click here.
Posted by Alex Johnson at 9:47 AM