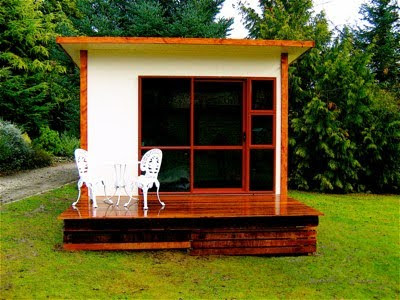 I'm feeling a right chump now. Having said yesterday that New Zealand was not a hotbed of garden office suppliers, Brent Wilson from Sanctuary Garden Studios got in touch to point out in the most gracious way possible that this was not the case and provided me with half a dozen examples which I will share with you in coming weeks. But let's start off with Brent's company which he runs with Ross McCarthy from Dunedin, serving the South Island.

All Sanctuary Garden Studios come prewired (with alternative power options available) and are built using Expanded Polystyrene Panels (polystyrene sandwiched between two sheets of coloursteel) stopped to a smooth finish with a variety of cladding possibilities, including corrugated iron. Other options include decks and canopies. There's a nice selection of images at their gallery including the shedlike sleep out in Wanaka above. "We've done some interesting work in the last 12 months," says Brent, "including a solar powered small building and a micro one that fitted on a standard trailer." (pictured below). 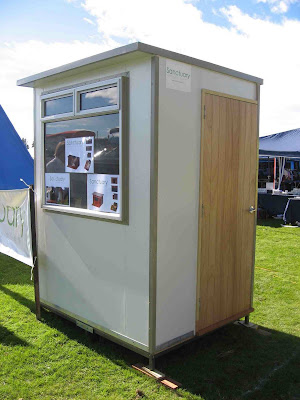 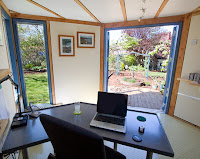