Building a garden office near a river 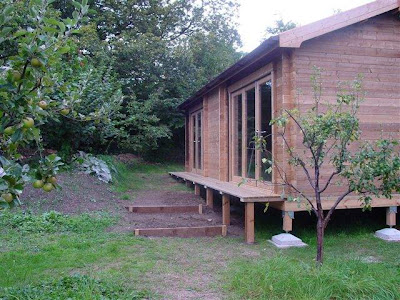 Many thanks to everybody who responded to the question about building a garden office or shed near a river earlier in the week. Peter Ilsley of Swift Foundations got in touch and sent photos (pictured above) of units sat on their stilt system which he points out may be useful to people who intend to build on a flood zone or near to water. Meanwhile, Lynn Fotheringham of InsideOut Buildings (Lynn wrote the section on planning permission in the Shedworking book) also emailed to say that her company knows about building garden offices next to rivers and would be happy to talk to potential customers about their experience.