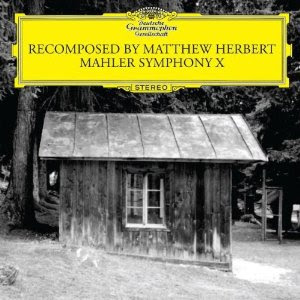 While there are several songs which discuss the issue of sheds and shedworking, the number of sheds which appear on the covers of albums is rather smaller. One notable exception is Mahler Symphony 10: Recomposed by Mathew Herbert, pictured above. What Herbert does is take the unfinished 10th and then reworks it in various different death-based locations including a coffin, a hearse and Mahler's composing hut in Toblach. The record itself received plenty of critical praise and below in the video Herbert talks about its construction.

Thursday posts are sponsored by Atelier garden studios which are sustainable, stylish, flexible, functional and future proofed
Posted by Alex Johnson at 9:36 AM