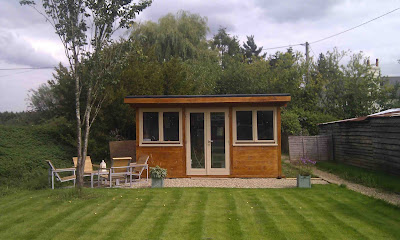 It's important to be careful with dual use of garden offices, but Mr and Mrs B of Surrey seem to have a happy working solution with their student daughter in this new Oazis garden studio.

When their daughter started university, Mr and Mrs B decided to move to a more rural home which is lovely but slightly cramped for space. So they decided to build a garden studio on a former vegetable patch at the end of the garden to double as an art studio for Mrs B (since there was not sufficent light in the cottage) and a crash pad for their daughter when she was back from her studies. 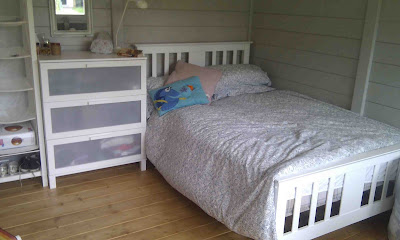 They plumped for this 15ft x 12ft studio from Oazis with solid 65mm thick timber walls and full-height ceiling featuring a small shower room and kitchenette. As there is a stream at the end of the garden that occasionally breaks its banks, it was installed on SwiftPlinth, mini plinths which keep it off the ground. Painting and decorating was a family effort on a tight schedule as a television programme was waiting to film, but the results are still impressive. 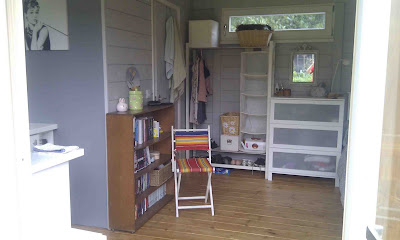 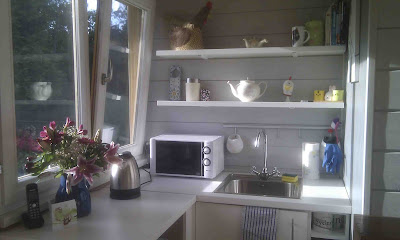 The overall budget for the building, foundations, electrics, fit-out, decoration and landscaping was around £12,500. 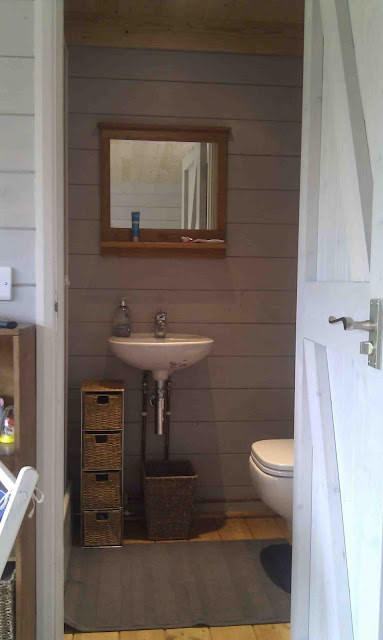 Wednesday posts are sponsored by The Stable Company®, the UK's premier supplier of garden offices and garden rooms. Click here.
Posted by Alex Johnson at 11:26 AM