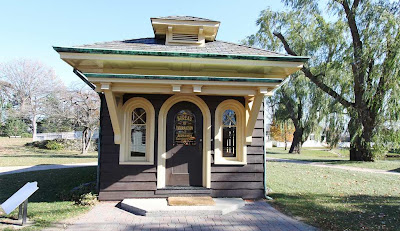 Luther A. Burbank (1849-1926) was one of the most important American botanists of recent times, a horticulturist and a pioneer in agricultural science. He developed hundreds of strains and plant varieties (peach, blackberry, nectarine, plum) as well as a spineless cactus - his Russet Burbank potato is now the world's main potato in food processing. And he was also a shedworker.

His garden office (pictured above by OZinOh)was built in 1906 at his home and 'experimental station' in Santa Rosa, California. The office faced the street and had a plaque on it which said:

"Mr. Burbank is no less occupied than are the officials of Washington, and therefore he most humbly requests that the public not disturb him with visitations."

Both his home and the garden office were moved by Henry Ford to Dearborn, Michigan, where they are now are part of Greenfield Village although you can see a replica at the original Burbank House and Gardens site.

If you really like Mr Burbank's garden office you can have one in your back garden as there is a rather nice plywood birdfeeder replica of it available, ideal for wrens and finches and the other small birds. It comes with pine shingled roof. 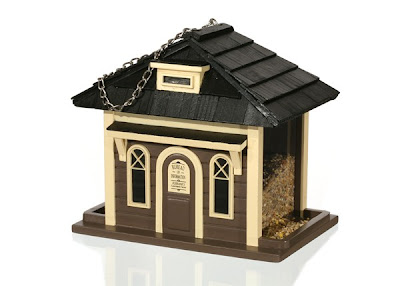