What happens to your garden office when you move house? 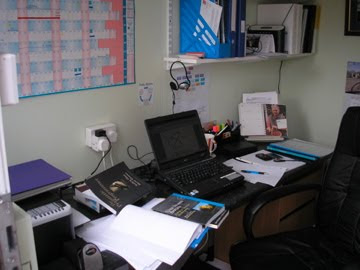 Many garden office suppliers emphasise that their models are fairly moveable and can actually be taken down and taken with you when you move house. The reality is that most people tend to leave their shed offices behind when they go, not least because that's often one of the selling points for prospective buyers. But saying goodbye to your shedworking atmosphere is often a hard thing to do. Shedworking has been following Paul Jackson (his garden office is pictured above) on twitter as he prepares to up sticks from his current home to sunny Cheshire. Here's what he said today:

But as he pointed out last month:

Will seriously miss my shed office when we move. But the views over the Trent & Mersey canal & Cheshire fields will compensate ...for now.