Sheds and the history of vaccination 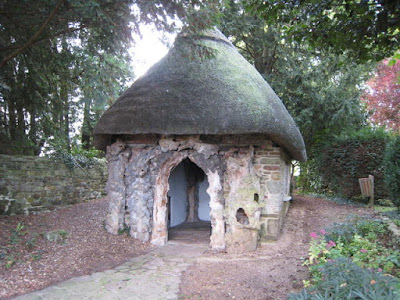 Vaccinations are very much on everybody's mind at the moment so it's good to take a look at the vital part sheds played in their development. In 1796, rural doctor Edward Jenner carried out the world's first controlled vaccination against smallpox at his home in Berkeley, Gloucestershire. He then set up a clinic in the nearly-domed hut at the end of his garden which, like all good shedworkers who give their garden office a nickname, he christened the Temple of Vaccinia.

Insdie the thatched hut, initially built for him by a friend as more of a summerhouse or garden office in which to write, he vaccinated allcomers for free, making no efforts to make money off the back of his success. The brick and rubblestone hut won Grade II listing in 1952 and is open to the public as part of the excellent Jenner Museum. Not the ancient tree trunks which frame the door.