The best UK locations for working from home 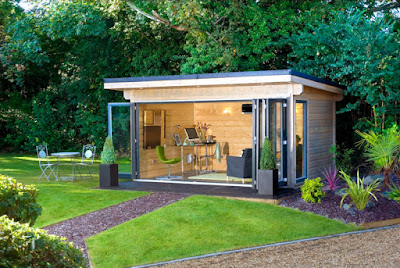 If you want to sell up and start working from home somewhere a bit less urban, emoov have ranked UK locations based on their homeworking credentials (based, it has to be said, on a slightly odd choice of categories including property prices, broadband connectivity, and clean beach score). The overall list is topped by Maidsont in Kent, followed by St Helens in Merseyside and High Peak in Derbyshire. Fourth is Newark, fifth Sevenoaks, and sixth Hertford. then it's Dorking, Shoreham-by-Sea, the Malvern Hills, and in 10th place, Ryedale in Yorkshire.

There's a plethora of stats in the report but essentially:

Tuesday posts are sponsored by Garden Spaces, suppliers of contemporary garden buildings, offices, gyms and studios, many of which do not require planning
Posted by Alex Johnson at 9:35 AM