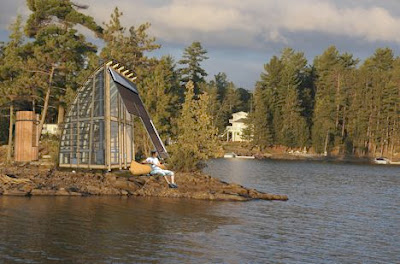 The rather lovely aerieLOFT from Martin Leifhebber of Canadian green design specialists Breathe Architects is a 17ft cabin built with Eastern white cedar which would make a smashing shedworking atmosphere. As well as solar panels (among its other ecofriendlinesses) it comes with a wood stove and a marvellous composting outhouse shed which also collects rainwater (you can see it in the picture above, just behind the main building). You can get the plans and make it yourself or buy it in kit from (they will assemble if you want). Here's the philosophy behind aeriLOFT: 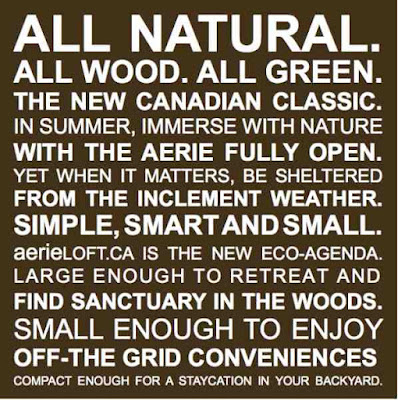 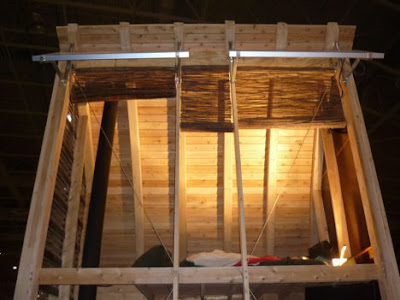 And here's what Martin says about architecture in general.

"It’s all about everything – it’s about living, it’s about construction and it’s about making our environment. So I took a real interest in having the environment that I create to be as good as it can be from a health perspective and a pollution perspective, all kinds of things. I wanted to have buildings that run on solar energy, buildings that take rainwater, and take water that we use, like sewage, and clean it up so that we see architecture and cities not as a continued burden on our way of living but we see it as something that actually fixes the environment." 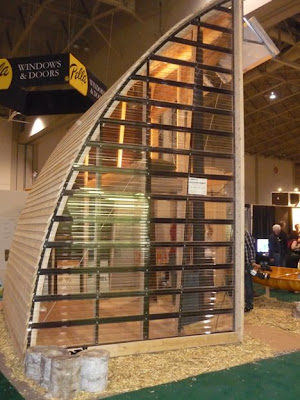 Monday's posts are sponsored by garden2office, the Swedish garden office specialists.Click here for more details.
Posted by Alex Johnson at 8:33 AM