Shed crime is on the decline 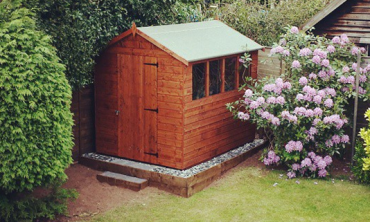 The company looked at data from police forces around England from 2014 to 2017 which shows that on average more than 22,500 cases of garden and shed burglary are reported every year with the highest figures as follows:
Of the police forces that supplied data for 2018 too, Humberside had the most reports of theft (1,711), followed by Greater Manchester (1,538) and Essex (1,525).

Which doesn't sound great but the good news is that the volume of garden and shed theft being reported to police is decreasing. In 2018, there was a fall in the total number of burglaries in almost every location, especially Nottinghamshire, where instances of garden and shed burglary decreased by more than half (1,794 in reports in 2017 vs only 781 reports last year). As you might expect, the most common thefts were of bicycles and power tools/lawnmowers.

Monday posts are sponsored by garden2office, the Swedish garden office specialists. Click here for more details.
Posted by Alex Johnson at 11:50 AM