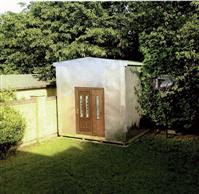 "A garden shed housing a golf simulator will remain in place despite being described as ‘an unacceptable monstrosity’ by councillors. Dean White, of Wood Lane, Newhall, has been given retrospective permission by South Derbyshire District Council’s planning committee to keep the shedlike structure in his back garden. It currently houses a golf simulator which neighbours said they were ‘dismayed’ about, describing it as too high and too close to their homes, and that the simulator would result in excess noise... Fellow committee member Mick Bale added that if the structure was clad in timber ‘it wouldn’t be as half as offensive and it would blend nicely into the scene... Councillors voted by a majority of eight to four in favour of letting the shed stay providing it was clad in timber. The Burton Mail 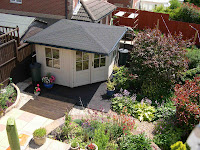