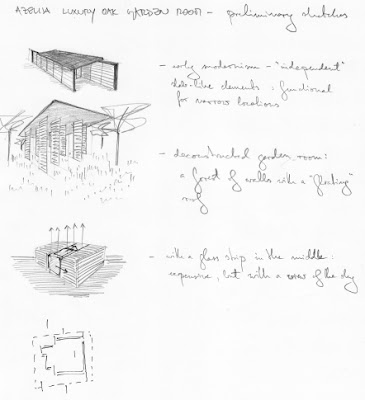 You can watch how the the fine folk at Oazis Garden Studios turn what they call "a pallet of precision cut components" which weighs over two tonnes into an Oazis garden office at one of their new show sites which are opening in February in Tunbridge Wells and Knockholt near Sevenoaks. They are planning more show sites around the UK and you can also catch up with them at their stand at The National Homebuilding & Renovating Show at the NEC Birmingham at the end of March. Contact Oazis for more details here or ring 0845 0707 313.

Wednesday posts are sponsored by The Stable Company®, the UK's premier supplier of garden offices and garden rooms. Click here.
Posted by Alex Johnson at 1:45 PM