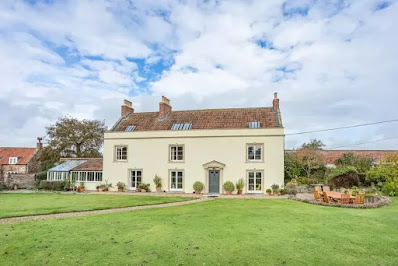 John Le Carré was kind of a shedworker. The spy/novelist's former house in Upper Coxley, Somerset, which he bought in 1965, has just come onto the market with Strutt and Parker for £1.95 million. It is believed that he wrote his novels in what is called Studio Cottage in the grounds, a kind of superduper two-storey garden office with a bedroom, kitchen, dining room, separate lavatory, shower room and a private, part-walled garden.