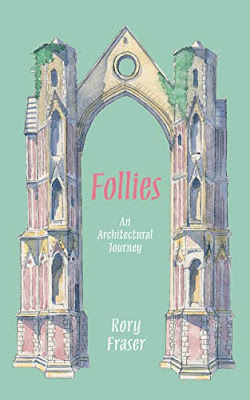 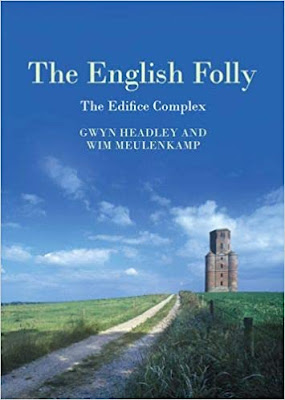 I have recently had a brief but good natured discussion with Uncle Wilco from readersheds.co.uk about whether a folly is a shed (rather than the other way round, of course). On the basis that shedworkers are interested in all elements of microarchitecture, Shedworking would recommend a couple of recent books about the subject. Published earlier this month is Follies: An Architectural Journey by Rory Fraser. Here's what his publishers say about it:

Everyone knows what a folly looks like, but few understand what they really are. Whether perched upon a local hilltop or nestled away in vast forest, these quirky structures are staples of English culture. But as Rory Fraser discovered in the summer after graduation, follies are also a staple of English history – defining the periods and places in which they were built, as well as the people who designed them. They are an ode to individualism, inspired by the great artistic movements of not only England, but countless other cultures and nations, such as the marvellous ‘Taj Mahal of Gloucestershire’. Fraser shares his stunning watercolours and travel writing to paint a new picture of England that explores its often
amusing, far-reaching and ancient history.

Also well worth a look is The English Folly: The Edifice Complex by Gwyn Headley and Wim Meulenkamp who are the UK's foremost experts on the subject and have written other excellent/definitive books about follies before (some of which are already on the bookshelves at Shedworking HQ). This one came out in the summer of 2020 and here's what their publishers say:

If this were a novel, the tales of astounding wealth, sexual perversion, murder, munificence, rape, insanity, brutality, slavery, religious mania, selfishness, snobbery, charity, suicide, generosity, theft, madness, wickedness, failure and eccentricity which unfold in these pages would be too concentrated to allow for the willing suspension of disbelief. All these sins and virtues, and more, are displayed by the characters in this book, some exhibiting several of them simultaneously. Folly builders were not as we are. They never built what we now call follies. They built for beauty, utility, improvement; it is only we, struggling after them with our imperfect understanding, who dismiss their prodigious constructions as follies. Follies can be found around the world, but England is their spiritual home. Headley & Meulenkamp have turned their attention to the folly builders themselves, people so blinded by fashion or driven by some nameless ideology that they expended great fortunes on making their point in brick, stone and flint. Most follies are simply misunderstood buildings, and this book studies the motives, characters, decisions and delusions of their builders. If there was madness in their building, fortunately there was no method in it.

Wednesday’s posts are sponsored by Norwegian Log Buildings  - Log cabins and garden buildings for a better quality of life. Click here for more details.
Posted by Alex Johnson at 2:19 PM