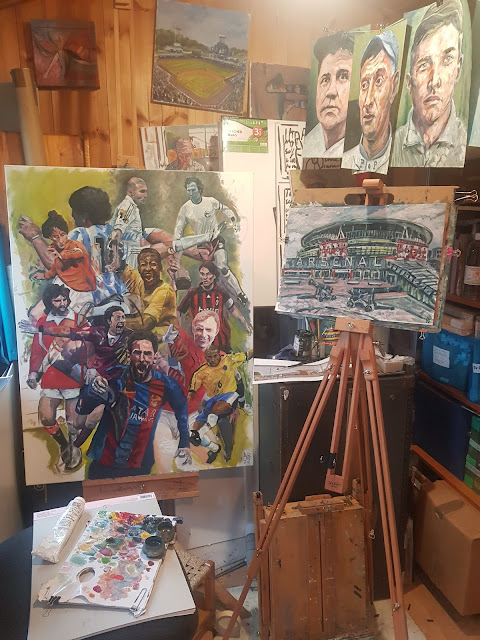 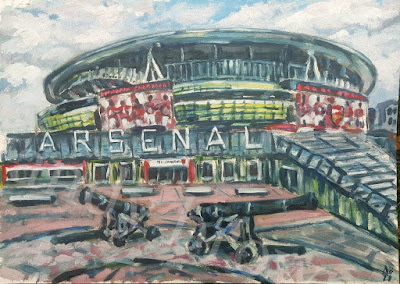 British shedworking artist Andy Brown is something of a stadiums specialist and has painted 90 ballparks in nine different countries, including all 30 Major League Baseball stadiums. With the coming of a second lockdown and the obvious travel restrictions that places on him, he has turned his easel to sports venues closer to home and from his garden studio is planning to visit, and paint, all 20 Premier League stadiums virtually. Above is an image of his garden office and the first in the PL series, the Emirates home of the Arsenal (one of the few which the entire Shedworking staff have visited) though a nose around his website reveals other gems such as York City's Bootham Crescent. Below, he provides a personal tour of his studio.

After hearing his appearance on the #adambuxton podcast, I'm now listening to @Rubberbandits music and podcast. Really inspiring stuff! pic.twitter.com/y6PYEFEf3L

Tuesday posts are sponsored by Garden Spaces, suppliers of contemporary garden buildings, offices, gyms and studios, many of which do not require planning
Posted by Alex Johnson at 9:04 AM