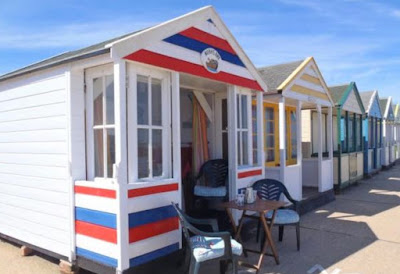 There are roughly 20,000 beach huts in the UK for those looking for a shedlike element to their holidays. Recent research by Howsy and GetAgent indicates that whether you're renting or buying on the south coast of England, the prices continue on their inexorable rise.

Tuesday posts are sponsored by Garden Spaces, suppliers of contemporary garden buildings, offices, gyms and studios, many of which do not require planning
Posted by Alex Johnson at 9:54 AM