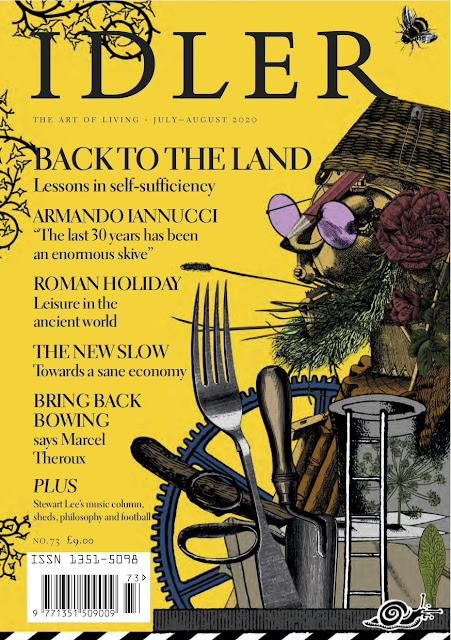 The latest issue of the Idler magazine is now out. It has my usual columns on sheds (and snooker) including a look at how George Bernard Shaw used his garden office to promote his own campaigns. Here's a snippet:


Thus, in August 1929, Shaw stood in front of his hut for a photo for Modern Mechanics & Inventions magazine to promote the idea of sunlight as a healing agent (the dramatic postures he effected for these shots were also in line with his interest in eurhythmics, the concept of developing one’s sense of rhythm through movement). He also had windows installed that were made from Vitaglass, a recent invention that allowed UV rays to come through, letting, the makers said, “health into the building”. That move, which was also picked up by newspapers, and indeed his very ownership of a hut with a turntable, placed him in the vanguard of medical thought, since rotating summerhouses were used to treat people suffering from tuberculosis.

Tuesday posts are sponsored by Garden Spaces, suppliers of contemporary garden buildings, offices, gyms and studios, many of which do not require planning
Posted by Alex Johnson at 9:59 AM