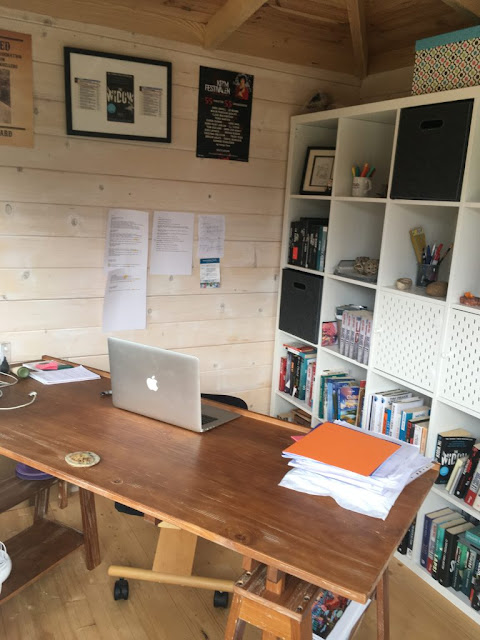 Bestselling crime thriller writer and former journalist Fiona Barton (The Widow, The Child, The Suspect) is also a shedworker. In an interview with her literary agent Madeleine Milburn she admits that she used to write in bed although she explains that has now changed:


"But back ache has made me abandon the frou-frou nightie and lapdog for a new shiny shed in the garden. I go straight to my desk – sometimes dressed, sometimes in jimjams and kneel on one of those weird stool things that are supposed to do things for my spine and get on with it. We’ve moved home from France and now, instead of cockerels and cows, I can hear the sea. Another sort of bliss."

Tuesday posts are sponsored by Garden Spaces, suppliers of contemporary garden buildings, offices, gyms and studios, many of which do not require planning
Posted by Alex Johnson at 9:41 AM