Definition of a shed in the new Idler magazine 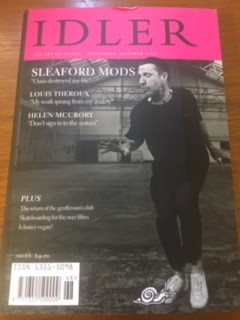 Topical as ever, my latest shed column in the Idler magazine takes a look at the Shed of the Year competition and in particular what actually is a shed. Here's the opening section:

One of the delights of the Shed of the Year competition is the occasional virtual squeal of dismay on Twitter or Facebook of, “But that’s not a shed!”. When the contest was running on television, it was tremendous fun imagining all the angry shouts at the screen that so-and-so wasn’t a shed because it was too large or too small or too complex or too circular or simply too not somebody’s idea of a shed.

This is organiser Uncle Wilco’s masterstroke. It would be wrong to say that his competition has no rules, but he has kept them to the absolute bare minimum. What it boils down to is this - if you think your beloved piece of architecture is a shed, then so it is. My feeling is that most people care little about shed semantics and are happier using the expression rather than the rather less romantic ‘garden building’. Perhaps you could argue that the term doesn’t apply if people are living in them permanently, or they are attached to the main house in any way (thus making them an extension) or they’re built out of something more permanent, such as bricks, rather than wood, but even here there could be some disagreement – we covered a converted London Black Cab conversion on my site Shedworking earlier this year because it just felt sheddish.

You can subscribe to the excellent Idler magazine here (let me know if you're thinking of doing so and I'll see if I can get you a deal on the subscription price). 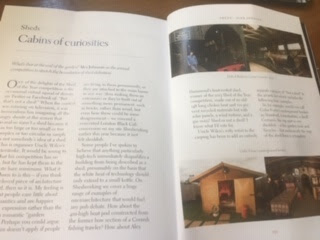