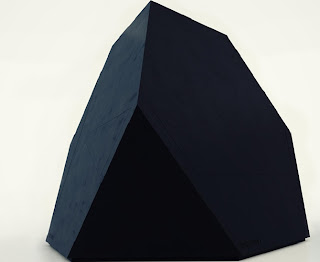 How often do you come across a truly revolutionary garden office design? Tetra Shed has already been described, we think a little unfairly, as 'Darth Vader's Shed', but when this modular new shedworking system (coming soon in January 2012) opens out it looks rather intriguing... 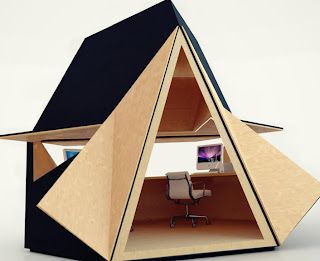 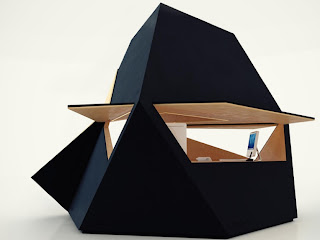 The single module has been designed to be a modern garden office for one or two people but obviously if you have a large garden then you can add extra elements, up to six modules. According to its designer David Ajasa-Adekunle from Innovation Imperative Tetra Shed is suitable for permanent year-round use and is built around a timber frame with rubber cladding, a plywood interior and LED strip lighting. They also believe it could be used for beach huts, classrooms, and retail space. 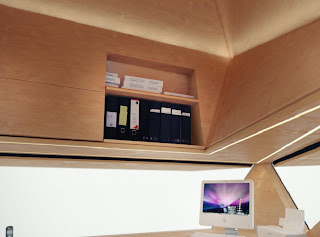 Wednesday posts are sponsored by The Stable Company®, the UK's premier supplier of garden offices and garden rooms. Click here.
Posted by Alex Johnson at 9:54 AM