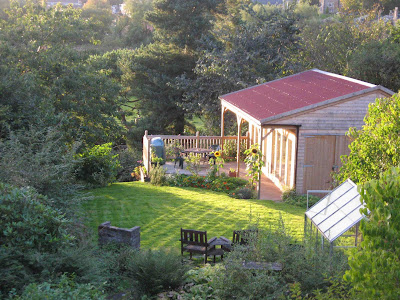 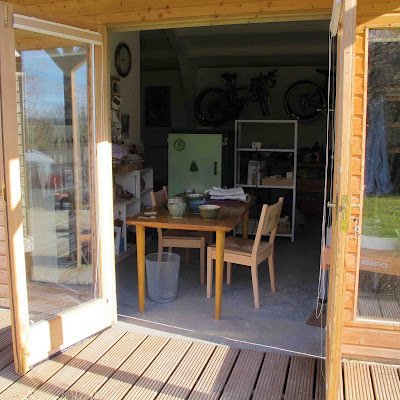 The Cupar Ceramic Co is run by Diane from her garden office in Cupar, Fife. It was built by local experts Saltire Stables to be what Diane calls a "garage/workshop/pottery studio/summerhouse" that shes designed herself and in which she makes her pottery. "We decided to build it as when we bought the house the original garage was about to fall down," she says. "So we decided to design a new garage. The original designs were done on the back of an envelope and Saltire helped us make them a reality. They were very patient and helpful and worked with us until we were happy with the final design.

Thursday posts are sponsored by Atelier garden studios which are sustainable, stylish, flexible, functional and future proofed
Posted by Alex Johnson at 12:25 PM