We've mentioned Unbound before previously on Shedworking but didn't want to give too much away before its official launch. So here's the full story... Unbound, a revolutionary new approach to publishing has been revealed at the Hay Festival today. Well known authors including Terry Jones and Gavin Pretor-Pinney have signed up to the project in the Unbound Pledging Shed. The brainchild of three writers (QI’s John Mitchinson and Justin Pollard and former Deputy Editor of The Idler, Dan Kieran), Unbound allows authors to write the books that they want and readers to choose what gets published.

Using the Unbound.co.uk publishing platform, authors can now pitch their book ideas directly to their readers. Readers choose the ideas that they like on the website and pledge their support. When an idea has enough supporters, the book is written and supporters receive a clothbound limited Unbound First Edition with their name in it. Supporters are kept up to date throughout the creative process via the author’s private area or ‘shed’, where they can read the blog, watch interviews and meet other supporters and the author themselves.

A number of high profile authors looking to set their books free have already pitched their Unbound ideas at Hay: Monty Python, writer and performer Terry Jones has proposed a “darkly funny set of linked tales about vengeful phones and hoovers”; cloud-guru Gavin Pretor-Pinney wants to take us inside clouds with the help of award-winning digital publisher Touch Press; and This Life writer Amy Jenkins will write her first new book in 10 years. Other Unbound authors include Booker-shortlisted novelist Tibor Fischer, bestselling author of the The Horse Boy Rupert Isaacson and maverick cultural historian and film maker Jonathan Meades.

Supporters to Unbound can chose the level of support that they wish to pledge, from £10 to funding the whole book. Rewards range from e-book downloads and personally dedicated Unbound First Edition, to invites to the book launch party and lunch with the author. Those who recommend projects to friends will receive credits to spend elsewhere on the site. Authors receive 50% of all profits from Unbound books.

John Mitchinson, Dan Kieran and Justin Pollard from Unbound comment:
“There are lots of great books that we’re not getting the opportunity to read. Unbound democratises the book commissioning process by enabling authors and readers to make the decisions about what does or doesn’t get published.” Unbound has the support of Faber & Faber, who will sell and distribute trade editions of selected titles under an Unbound imprint. Any subsequent success of these trade editions is likely to add to the limited first edition’s value.

More Unbound writers will be revealed throughout the week at Hay. Readers can visit the Unbound Pledging Shed to meet authors, watch their pitches and pledge support for their new book ideas. Visit www.unbound.co.uk to watch the pitches and to make a pledge.

The Unbound Pledging Shed at Hay is housed in a 3rdSpace Garden Room designed and built on site by Sawhorse Limited: Shedworking was delighted to have been the matchmaker between Sawhorse and Unbound. Pictured below are some early shots of the garden office just before it opened for business... 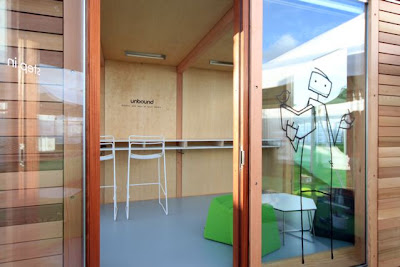 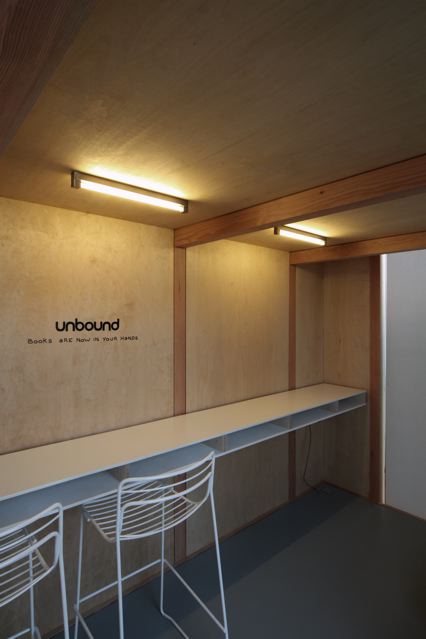 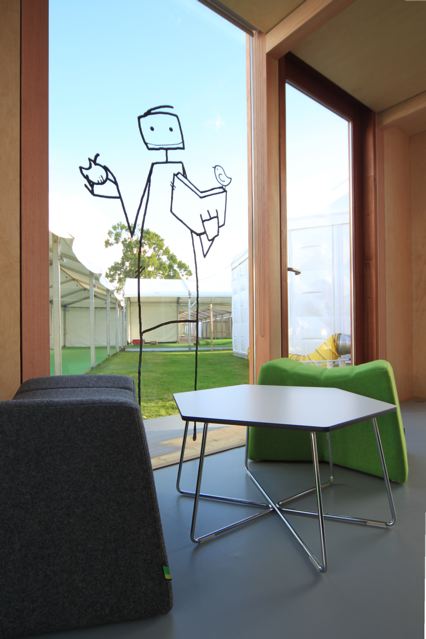