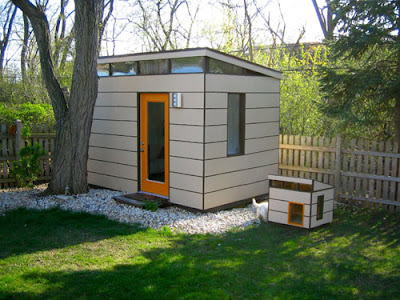 Readers will remember David van Alphen's rather nice Modern Shed build featured on Shedworking in 2010. Now he's built one for his dog. "Hopper has been very jealous that he can't get into the new studio," he says, "so I built a mini version just for him!" See here for more photos of the construction. 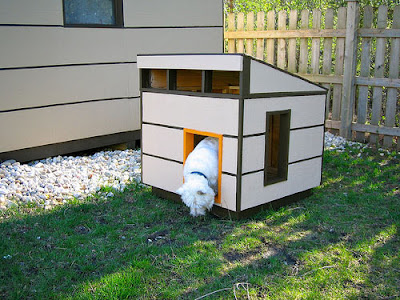 Wednesday posts are sponsored by The Stable Company®, the UK's premier supplier of garden offices and garden rooms. Click here.
Posted by Alex Johnson at 10:47 AM