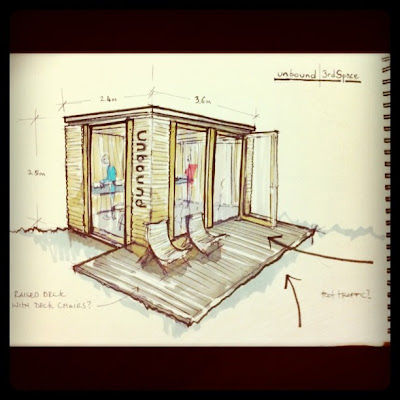 Shedworking was delighted to be approached earlier in the year by John Mitchinson, one of the brains behind the television programme QI, a book publisher of considerable experience and a Vice-President of the Hay Festival. More importantly, he is also a shedworker and had a shed-based plan...

John will be launching Unbound at the Hay Festival this year in a Very Special Shed. The launch event on May 29 will feature writers Terry Jones, Gavin Pretor-Pinney and Rupert Isaacson who will be talking about their latest book ideas. And it's all going to happen in a specially bespoke 3rdSpace garden room designed by Sawhorse Ltd (Shedworking did some matchmaking after putting an appeal out on Twitter). Here's what the Hay folk say about it:

Readers will also be able to visit the world’s first Unbound Pledging Shed on site throughout the Festival. Join the revolution and visit the Unbound Shed: books are now in your hands! Other details are still a little hazy but, during the 10 days of the Festival, a string of famous authors will be visiting the Pledging Shed either in person to endorse the idea and encourage their readers to visit the Unbound site www.unbound.co.uk. And Shedworking may even put in a personal appearance too... 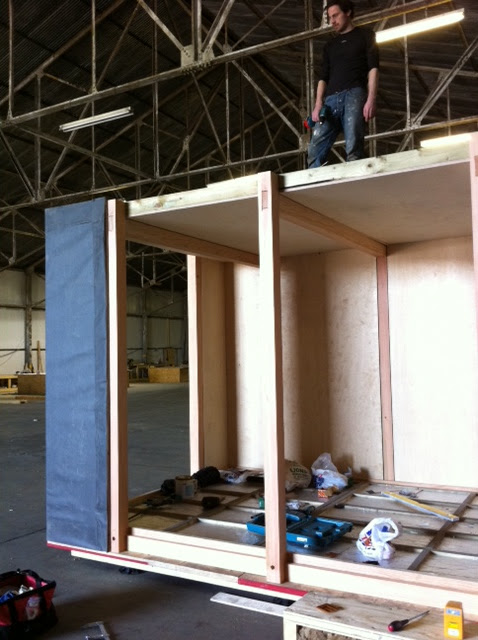 Thursday posts are sponsored by Atelier garden studios which are sustainable, stylish, flexible, functional and future proofed
Posted by Alex Johnson at 1:47 PM