National Shed Week and Shed of the Year 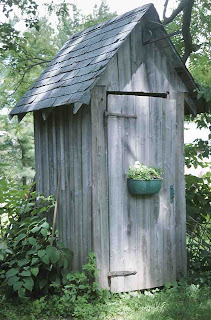 The race is on to win the coveted Shed of the Year competition which will be held this summer as part of the first ever National Shed Week.

Organised by the internationally-famous readersheds.co.uk in collaboration with The Shed magazine, National Shed Week (which runs from July 2 until July 9) will be the first national celebration of one of the cornerstones of British culture.

"Every shed is unique," says Uncle Wilco (Head sheddie) from readersheds.co.uk. "The traditional shed found on allotments and in back gardens has been a second home to generations of men and women. But the 21st century shed comes in many shapes and sizes and serves many purposes. There are pub sheds, shacks, studios, and even Tardises not to mention increasing numbers of garden office sheds catering to the increasing demand for working from home. As a place for a little slice of freedom and a spot to indulge yourself, there's simply nothing that can touch it."

There's no doubt that sheds have a special place in our culture and that some of our finest minds have found solace and inspiration in a shed. Indeed:
* Almost half of 18 to 29 year-olds have bought a shed since the turn of the new century (source: Saga Insurance)
* Having a garden office can increase the value of your property by at least £25,000 (source: Enterprise Nation/Homefinder UK)
* Among the many sheds at this year's Chelsea Flower Show will be a special roof garden shed presented by the British Beekeepers' Association in their Urban Beekeping display (source: RHS)

Details of the various activities in National Shed Week will be announced in coming months - with a high quality shed from Taylors Garden Buildings among the top prizes - but star billing goes to the prestigious Shed of the Year competition.

So here's a call to all existing sheddies and any new ones that they should register their shed on www.shedoftheyear.co.uk by June 25 2007.

The public and fellow sheddies will then be able to vote in a range of shed categories (including Garden Office of the Year which is sponsored by The Shed magazine) and prizes will be awarded to the best sheds in the each category, The group winners and overall winner will be announced during National Shed Week.

News updates will be posted at www.shedweek.co.uk and at this blog.
Posted by Alex Johnson at 9:38 AM