'Al desko' working in the garden set to boom this year 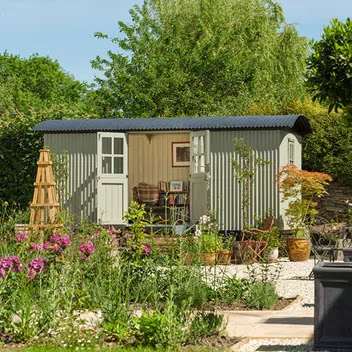 Nearly half of people working from home are planning to go (horrible PR terminology klaxon) ‘Al Desko’ this year, taking their laptop into their garden once the sun gets going, according to a new survey by Lenovo.

Around 43% of the 1,000 UK adults questioned plan to work from their garden, with two thirds of these believing that being outdoors in the fresh air will make them more productive. Four out of 10 people said they are just bored with their normal inside work space and six out of 10 that they have felt trapped indoors during the winter.

Half plan to improve their garden, including adding better seating (45 per cent), making it more private (37 per cent) and building a covered space (33 per cent).

Repeating the results of many other similar surveys, 50 per cent of employees believe having flexibility where they work has a positive impact on their productivity.

Lenovo spokesman Philip Oldham said: “This past year has seen an enormous amount of change, particularly in the way that we work and how certain environments have actually helped boost our productivity. It’s been interesting to see how the UK lockdowns have increased the desire to get outdoors, and just how many people have made this a key part of their working practice. To us, it makes perfect sense to blend the enjoyment of being outdoors with being able to work efficiently."

Tuesday posts are sponsored by Garden Spaces, suppliers of                    contemporary garden buildings, offices, gyms and studios, many of     which do not require planning
Posted by Alex Johnson at 11:46 AM