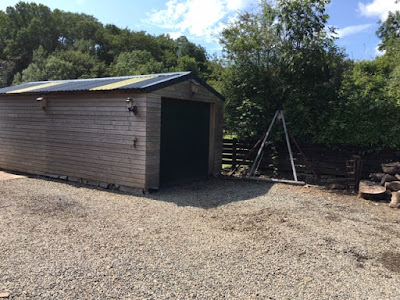 We reported back in June on James Kershaw's planning dispute with Pembrokeshire County Council over the effect of putting wheels on a shed in terms of planning regulations (details here). That first case went against Mr Kershaw but he appealed and as the Pembrokeshire Herald reports, he has had that decision overturned with a judge finding that the council's action were an abuse of process.

There are more details at the link above but talking exclusively to Shedworking, Mr Kershaw said: "I have learnt a lot during this legal argument and in planning terms whether a structure on wheels is a building or simply a chattel placed on the land is a matter of fact and degree. There are a number of variants. Permanence is a major factor, and if it was intended to remain in one position for a long period. My advice to people unsure on the issue is erect the shed on a fully movable, towable chassis which is able to be moved around your garden with ease either behind a vehicle or pushed around by a group of strong men or women."
Posted by Alex Johnson at 3:25 PM