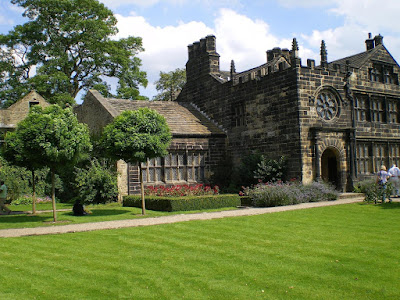 As reported in the Bradford Telegraph and Argus, the National Trust has lost a bid to stop the building of a garden office in a garden in Riddlesden close to the boundary with the charity's East Riddlesden Hall.

Although the trust said the single storey building would adversely affect their property, a popular local tourist attraction, and their complaint was supported by the nearby Airedale Cricket Club as well as members of Keighley Town Council, Bradford Council's planning committee decided that the impact would be negligible - the distance between the proposed garden office and the Hall is 350m and 100m from the cricket club.

Tuesday posts are sponsored by Garden Spaces, suppliers of contemporary garden buildings, offices, gyms and studios, many of which do not require planning
Posted by Alex Johnson at 10:20 AM