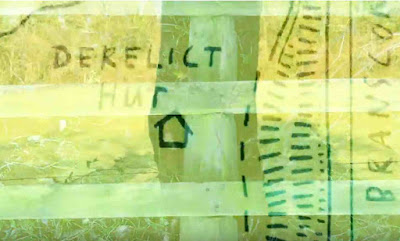 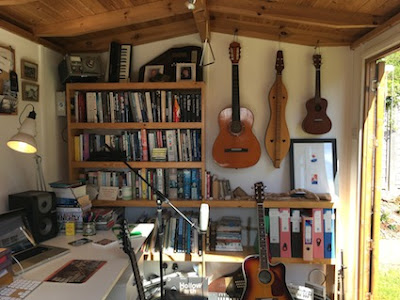 We covered the launch of Devon-based writer, musician and shedworker Mark Brend's debut novel, Undercliff, earlier this year (see details here) and there is now a release date for the accompanying music which was written and recorded in the three separate sheds of three-piece band Fariña, made up of Mark, his former Palace of Light/Mabel Joy bandmate Matt Gale, and drummer/horn player Cliff Glanfield. Here's what Mark says about it:

"The book was almost entirely written in my 10 by 8 insulated, double-glazed shed," says Mark. "It was built about 10 years ago for £5k, and is maturing nicely. As well as serving as my writing room, office and retreat it’s also my recording studio. The Undercliff music was written and recorded here, and also at Matt’s and Cliff’s sheds. We worked separately, swopped files and then convened at Matt’s a few times to put it all together."