This is a guest post by Jonathan Ratcliffe from Offices.co.uk

From Walt Disney to Bill Hewlett and Dava Packard, IKEA to Harley Davidson, many of today's most famous companies were founded in a garden shed. And the humble shed is not finished yet, in fact it has become the new must-have accessory in London’s trendiest workspaces.

Workspace sheds have much in common with their garden counterparts. Yes, the old chair has been upgraded to a comfy sofa and the tool chest replaced by an ‘immersive collaboration suite’. But it’s still recognisably a shed. A place where men and women will feel right at home. We have trendy workspaces in Soho with phone booths and fake grass because people do their best thinking in private spaces, and the trendy offices in London are recreating these areas for their smartest workers. 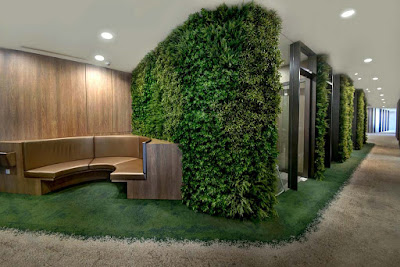 And such is the flexibility of the shed that it has been adapted to serve a variety of purposes. The Foundry in Hammersmith has turned sheds into a series of funky meeting rooms and phone booths. While Spaces Victoria has created some cool co-working pods where employees can work together to design a new interstellar moon lander or an electric tin-opener that works.

And sheds have even been used to solve that age-old problem of the open office: the person who talks too loudly on his iPhone. Thanks to ROOM, they now have a soundproofed space of their own, where they can talk as loudly as they like.

So if you thought shedpreneurship was dead, think again. The shed is all set for another century of building, inventing, thinking, gossiping and drinking cups of tea. The shed is back!

Tuesday posts are sponsored by Garden Spaces, suppliers of contemporary garden buildings, offices, gyms and studios, many of which do not require planning
Posted by Alex Johnson at 11:25 AM