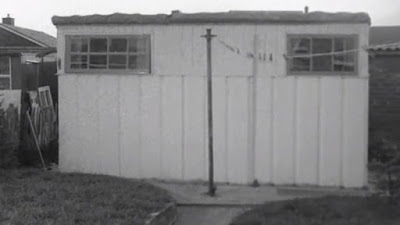 Here's a lovely story about Stevenage shedworker Deke Duncan. He's been broadcasting his own radio station, Radio 77 (essentially only to his wife Teresa because of licensing issues) for decades from his garden shed, pictured above.

#OnThisDay 1974: "The station's entire audience has decided to go down the shops" Radio 77 held the dubious distinction of broadcasting to the smallest audience in the country. pic.twitter.com/xkUZnfAPpR
— BBC Archive (@BBCArchive) October 9, 2018

Watch the short video above for more details about what happened 40 years ago, then the one below for the latest update...

Back in 1974, Deke Duncan ran a radio studio in his garden shed which broadcast to just one person - his wife. His lifelong ambition was to broadcast to the whole of Stevenage 📻

This morning he co-presented a show with @justindealey and there was a very special surprise... pic.twitter.com/PGVWLhuN2k
— BBC Three Counties (@BBC3CR) November 18, 2018

Tuesday posts are sponsored by Garden Spaces, suppliers of contemporary garden buildings, offices, gyms and studios, many of which do not require planning
Posted by Alex Johnson at 10:27 AM