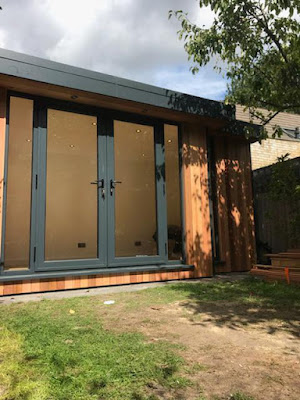 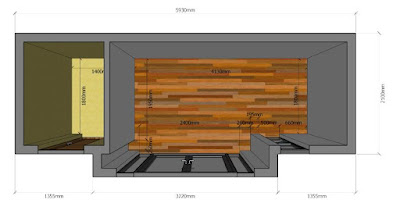 This garden office by eDEN Garden Rooms was for a shedworker in a terraced house in Balham, London. It was an interesting build as it had to be specially designed to fit the built-in office furniture that the client had already planned for the room. Additionally there was no side access so everthing was built on site and materials brought through the house.

It measures 2.5m x 6m - built to the boundary so includes fire retardant panelling to thee sides - and as well as a home office also includes a shed store. Features include French doors and an extra floor-to-ceiling window for added views of garden. eDEN usually use screw piles as foundations for new garden rooms but here there were concrete slabs already in situ so in the end the entire thing was built on a concrete base.
------------------------------------