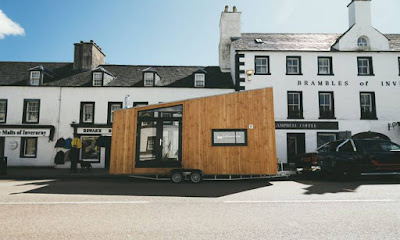 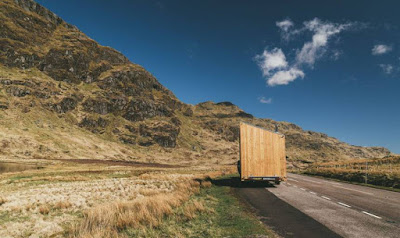 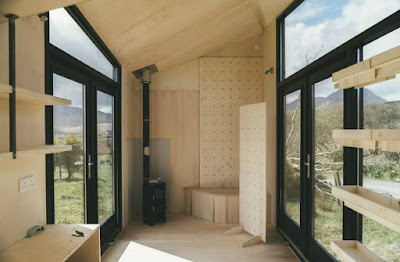 An interesting example of how shedworking/tiny homes work in practice, this mobile workspace and microhouse belongs to Lynton and Pi Davidson who work in the media industry but are now basing themselves on the island of Jura in Scotland's inner Hebrides (where George Orwell finished writing 1984) where the local population is around the 200 mark.

It's designed and built by Dutch tiny house specialists  Liberté and designer Woonpioniers, and serves as both a tiny mobile home and office where the couple can live but also work. The couple specifically wanted a space that they could travel with that could be used as a studio in which to work, as well as a space where they could run events or workshops. And at the same time, they needed somewhere in which to live for short periods.

So it has a kitchen, sleeping loft, composting toilet and shower room plus office space and has a woodburning stove as well as solar power. The video below explains more about the whys and wherefores and is an excellent watch (put together by KLCK). You can read more about them and all involved at tinyboundaries.com.

Wednesday posts are sponsored by Eurodita, the leader in serving smart dealers
Posted by Alex Johnson at 9:59 AM