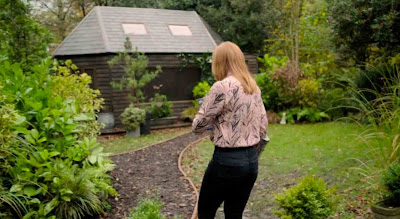 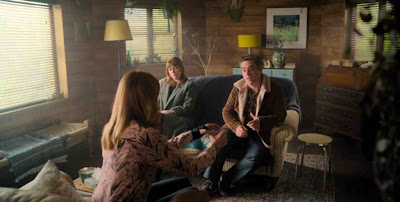 The new BBC series Wanderlust by Nick Payne which debuted last night starring Toni Colette and Steven Mackintosh has attracted attention due to its supposedly 'steamy' nature as a kind of sex comedy. Which is all very well, but the chief reason for watching is of course the marvellous garden office out of which Colette's character Joy Richards who works from home as a therapist. As the shots above indicate, it's pretty spacious with plenty of bookshelf space, various comfortable furnishings, and some huge windows (the blinds of which Joy closes when things get 'steamy' inside).

Wednesday posts are sponsored by Eurodita, the leader in serving smart dealers
Posted by Alex Johnson at 11:03 AM