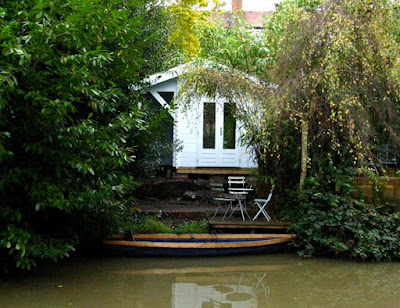 Strutt & Parker’s latest Waterside Survey shows that twentysomethings and thirtysomethings are increasingly moving towards waterside living in the UK, largely due to increased flexible working patterns and shedworking.

More than a quarter of under-35s polled and over a third of 35-39s are actively looking to live near water within five years, as well as 27% of 40-44s.
Interestingly, among employed adults already living in waterside properties, just under a half already work from home, rising to nearly two thirds in their early 30s and over three-quarters in their early 40s. On average, those working from their waterside properties do so for three days a week, in particular those in the tech, education and healthcare sectors.

Richard Speedy, Head of Waterside at Strutt & Parker, said: “Waterside living has so much to offer – inspiring a more active outdoors lifestyle and a really sociable environment for spending time with friends and family. This year it’s been interesting to see that more people are being lured to the waterside by the promise of good food – 15% up from 7% in 2017.”

Those living in London currently are the most likely to be seeking a property with direct water access for a boat such as a mooring (69%), paying up to 10% extra for this (43%).

Thursday posts are sponsored by Cabin Master: garden offices and studios to fit any size garden. Top quality contemporary or traditional buildings.
Posted by Alex Johnson at 9:56 AM