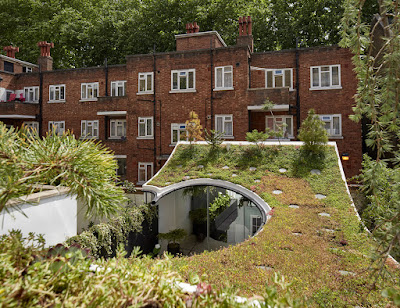 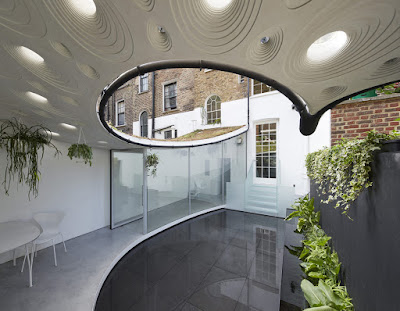 It's a rule on this site that we don't cover extensions on the simple basis that they're not sheds or even shedlike. But we're in a quandry about the multi-award-winning Sun Rain Rooms from architects tonkin liu which genuinely seems to be the first shed-extension crossover we've come across. Here's what they say about it:


Under the roof a garden room offers a living space for the home and a meeting space for the studio. A mirrored wall in the covered outdoor area beyond conceals a workshop, cooking area, potting shed, store, and deep planter for the small trees in the green roof above.

It's the work of Anna Liu and Mike Tonkin who spent 12 years on it as a working from home project at townhouse. It's certainly an extension, but there is also certainly a shedworkingesque element included as the images above indicate, with chairs and tables around an outside pool. Here's a bit more of what they say about it:


The perimeter walls of the rear courtyard support a plywood roof, curved in plan and section to allow maximum light into a patio garden. Rainwater gathered at the top of the townhouse falls through a pipe, following the roof’s curving leading edge to a spout over a long rainwater harvesting tank. The tank floods the patio at the push of a button, transforming it into a reflecting pool. The roof’s thin 110mm structural shell is an insulated stressed-skin, joined by round coffered skylights that echo the wave pattern of raindrops landing in the pool. It is a good place to be on a bad day. 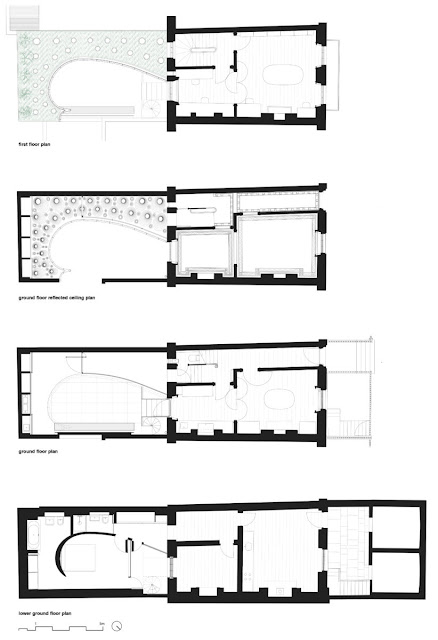 Tuesday posts are sponsored by Garden Spaces, suppliers of contemporary garden buildings, offices, gyms and studios, many of which do not require planning
Posted by Alex Johnson at 1:19 PM