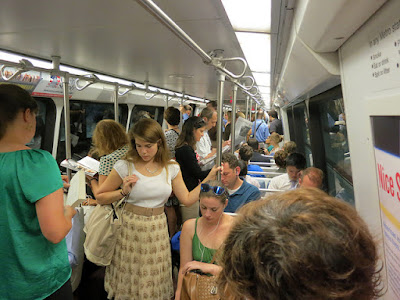 An additional 20 minutes of commuting every working day is equivalent to a 19% annual pay cut when it comes to measuring how satisfied people say they are with their jobs, says a new study which also indicates that working from home makes it more likely that an employee will remain in their job.

Researchers from the University of the West of England (UWE Bristol) examined the effects of commuting to work on the wellbeing of more than 26,000 employees in England over a five year period. Their work shows that every extra minute of commuting time reduces job satisfaction and leisure time satisfaction, increases strain and worsens mental health.

Principal Investigator, Dr Kiron Chatterjee, an Associate Professor in Travel Behaviour at UWE Bristol, said: “While longer commute times were found to reduce job satisfaction, it is also clear that people take on longer commutes partly to increase their earnings, which in turn improves job satisfaction. This raises interesting questions over whether the additional income associated with longer commutes fully compensates for the negative aspects of the journey to work.”

Other findings from the 18-month study include:

Dr Chatterjee said: “The findings indicate that longer journeys to work have adverse subjective wellbeing effects, particularly through loss of free time. On the other hand, longer commute times were not found to have a large impact on life satisfaction overall. This is because people take on longer commutes for good reasons relating to improving their employment, housing and family situations and these factors serve to increase life satisfaction. This does not mean that the negative subjective wellbeing impacts of longer commutes can be disregarded. The acceptance that a long commute is a price to pay may only persist if it is considered unavoidable and a social norm.”

The average commuting time per day in England has risen from 48 minutes to 60 minutes over the past 20 years, with one in seven commuters now spending at least two hours a day travelling to and from work.

Friday posts are sponsored by Warwick Buildings, manufacturers of outstanding quality timber buildings. Click here for more information.
Posted by thealexjohnson at 9:36 AM