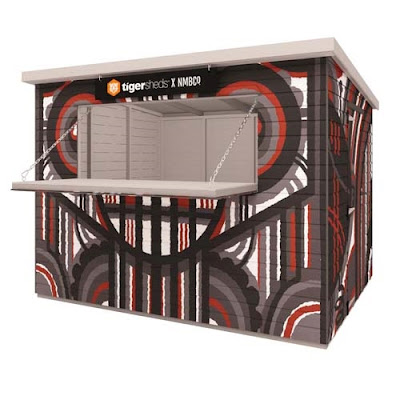 Garden shed manufacturer Tiger Sheds and Northern Monk Brewery have collaborated on a new project, The Brewery Shed (motto: 'Build it. Brew it. Drink it'). The package comes with the Grainfather All-In-One Beer Home Brewing System - which makes up to 40 pints of beer per batch - so you can make your own craft beer in your garden office (the first Shedworking HQ was home to annual cidermaking and the staff can recommend it). Other features include a pull down, bar style hatch to serve your beer and internal shelving.

Jack Sutcliffe, Web Operations Manager at Tiger Sheds said: “We wanted to create something unique – a brewery bar that you can set up in your garden. In The Brewery Shed, with the Grainfather, you can create exceptional craft beer at home to rival any brewery.” 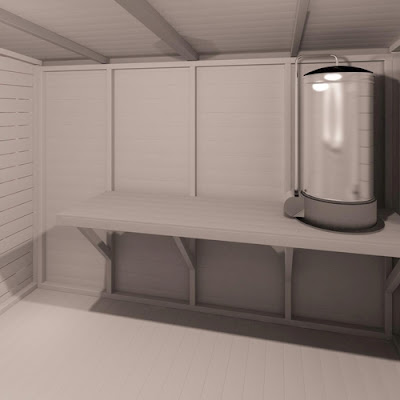 Russell Bisset, Managing Director of Northern Monk Brewery, one of the UK’s leading craft breweries, added: “When we were approached by Tiger Sheds with an idea for The Brewery Shed, it’s fair to say our imaginations were sparked. The majority of us here at Northern Monk come from home brewing backgrounds and the idea of owning our own little brewery in our back garden would be a dream come true.”

The Brewery Shed available to buy from Tiger Sheds website and you can also win one in a special competition - more information on the Tiger Sheds Facebook page.

Thursday posts are sponsored by Cabin Master: garden offices and studios to fit any size garden. Top quality contemporary or traditional buildings.
Posted by thealexjohnson at 9:56 AM