The Brid from Gillies & Mackay 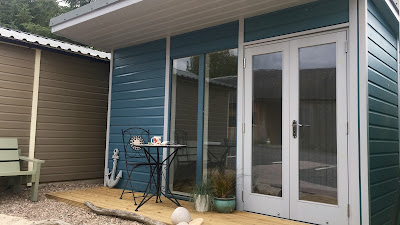 You've got just under a week to get your hands on The Brid, the latest model from Perthshire-based  Gillies & Mackay which is only available until July 31. According to the company - whose positive motto is 'the best sheds in the world' (it's certainly the jolliest garden office website out there - look out for their useful videos on YouTube presented by their effervescent MD Cara Mackay). The Brid is "a prototype for a new business and is brought to you as a one off production. The price of The Brid is an introductory price and will not be on the market at this cost at re-release".

At this stage it comes in two sizes, an 8' x 8' called The Wee ("perfect for one human and maybe one small sized obnoxious cat") and The Bonny ("perfect for one human and a medium sized dosey Lab, or two humans"). Features include a verandah with canopy, weatherboard profile Larch cladding and Ecotherm insulation, with options such as underfloor heating. Especially good for those in Scotland considering going down the shedworking path, though the company has plans to expand into England and further afield. 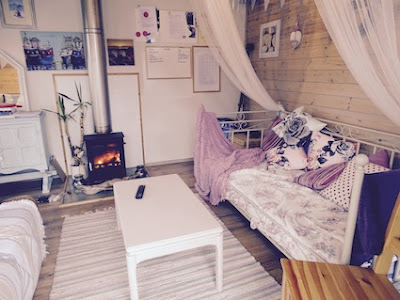 Tuesday posts are sponsored by Garden Spaces, suppliers of contemporary garden buildings, offices, gyms and studios, many of which do not require planning
Posted by thealexjohnson at 12:23 PM