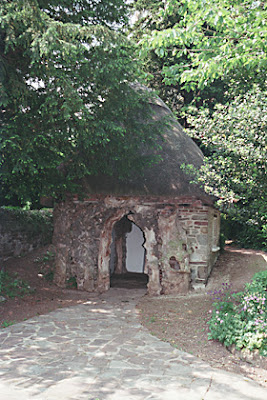 Historic England has launched a crowdsourcing project, asking people to contribute their knowledge to augment what's known about the official list of England’s 400,000 most significant historic places

The List began in 1882, when the first powers of protection were established. It has almost 400,000 entries: barrows and bunkers, palaces and pigsties, plague crosses and piers, tower blocks and tombstones, cathedrals, windmills and rollercoasters. And of course, garden offices, sheds, and other shedlike structures.

Amon them is a listed building in Gloucestershire that witnessed a momentous scientific breakthrough. The Jenner Hut (pictured above), sometimes called the “Temple of Vaccinia” is where Dr Edward Jenner performed his first vaccination against smallpox in 1796, on his gardener’s 8-year-old son. This small and simple hut is dubbed the birthplace of public health and Historic England would like people to share their photos of the unique building. 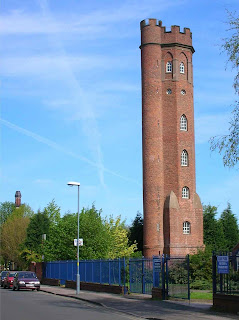 Also, Perrot’s Folly, The Monument or The Observatory, a Grade II listed building standing 96-foot above the surrounding suburban sprawl of Edgbaston, Birmingham. It is thought that JRR Tolkien, who spent much of his life in Birmingham and lived in a street near the tower as a child, was possibly inspired by it for the Two Towers in his Lord of the Rings trilogy. Built in 1758, the Folly (pictured) has been used for many purposes over the years, from a hunting retreat to a weather station, though it isn’t clear why it was built. One theory is that the owner, John Perrott, built the tower so that he could see his wife’s grave, fifteen miles away. Do you know more about the Folly?

Tuesday posts are sponsored by Garden Spaces, suppliers of contemporary garden buildings, offices, gyms and studios, many of which do not require planning
Posted by Alex Johnson at 4:46 PM