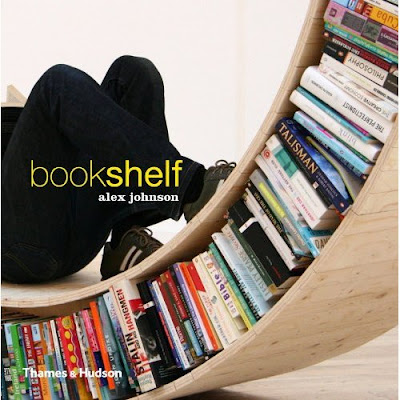 As many of you know, Shedworking has a satellite site, Bookshelf and we're very proud to announce that the book of the Bookshelf blog has now been published by Thames & Hudson (with German, Swedish, French, Italian and Japanese editions as well as English). You can buy it from your local independent bookshop or from amazon.co.uk or amazon.com or amazon.co.jp or amazon.de or amazon.it

It's already had a few kind reviews: Marie Claire said it "should see a resurgence in paperback appreciation" and Elle Decoration said it was "La folle passion du journaliste anglais Alex Johnson". The Booksheller said it was "full of furniture to covet and inspire" while The Times described it as "visual explorations of how we curate our own domestic Dewey systems"

Here's a sneak preview of some of the designs featured in the book...