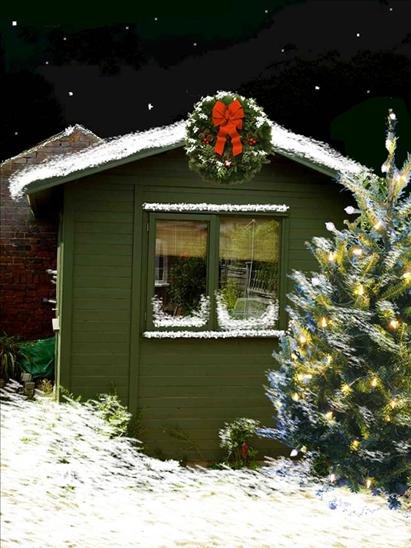 Garden office-based businesses contributed an estimated £6.1 BN to UK GDP in the last year, according to research carried out by Shedworking.co.uk.

We know that Britain’s back gardens are home to a thriving and, to date, unmeasured sector of the UK economy which is exactly why we carried out a national poll last month in collaboration with award-winning PR and strategic communications consultancy Twelve Thirty Eighty and discovered that the average turnover of a shed-based business in the last financial year was £76,449.

An estimated 80,000 workers are thought to be based in garden sheds and outbuildings in the UK, although the figure could be much higher. More than half of shed-based businesses (61.3%) are run by sole traders, with 32.3% employing 2-5 workers.

There is also evidence that the shedworking economy is growing at a rate that dwarfs growth in more conventional business locations. More than one in five shedworkers (21.3%) expect their businesses to grow by more than 20% this year. Earlier this year Screwfix, the retailer of tools and building materials to the trade, reported that there are now more sheds than houses in the UK, based on analysis of Google maps.

The shed economy is sure to soar over the next decade. We’re witnessing yet another major change in working practices in Britain, similar to those we have seen over many centuries. Britain’s back gardens may become as revolutionary as the industrial canal system, sitting behind our urban and suburban frontages and powering our economy in previously unimagined ways.

And there is little sign that shedworkers see their environment as a precursor to a move to larger offices. Of the more than 500 shedworkers polled for the study, 74% said that they planned to remain in their sheds indefinitely.

Thursday posts are sponsored by Atelier garden studios which are sustainable, stylish, flexible, functional and future proofed
Posted by Alex Johnson at 10:54 AM